The German film industry wanted to compete in the international marketplace. By 1920, Studio Babelsberg which was the main studio of Germany’s biggest production company UFA (Universum Film AG), became the breeding ground for some of the most internationally renowned directors such as Fritz Lang and Ernst Lubitsch and iconic stars such as Marlene Dietrich, who are all associated with the “Golden Age” of German cinema.

In an attempt to compete, the smaller production studios, such as Nivelli’s, were looking to form various alliances, as we saw with Nivelli’s international collaborations in rental and distribution of films.

International influence and partnerships were also evident at the artistic level. Since spoken accents were irrelevant in silent films, foreign actors could be hired and the prospering German film industry was attracting talent from all over the world. The most famous foreign actors working in the German film industry were Danish film star Asta Nielsen and the American Louise Brooks, who were regularly cast for leading roles.

Nivelli took advantage of this as well, when he contracted the Italian team – director Guido Schamberg-Parisch and his partner, the already famous actress and diva Marcella Albani. Together they made 3 films under the title the “Albani Series”. The star persona of Marcella Albani, was enough for the distributors to place orders for the films even before their completion. This reflected the developing phenomenon of the “film star”, as filmmakers recognized its ability to attract spectators into the theater. 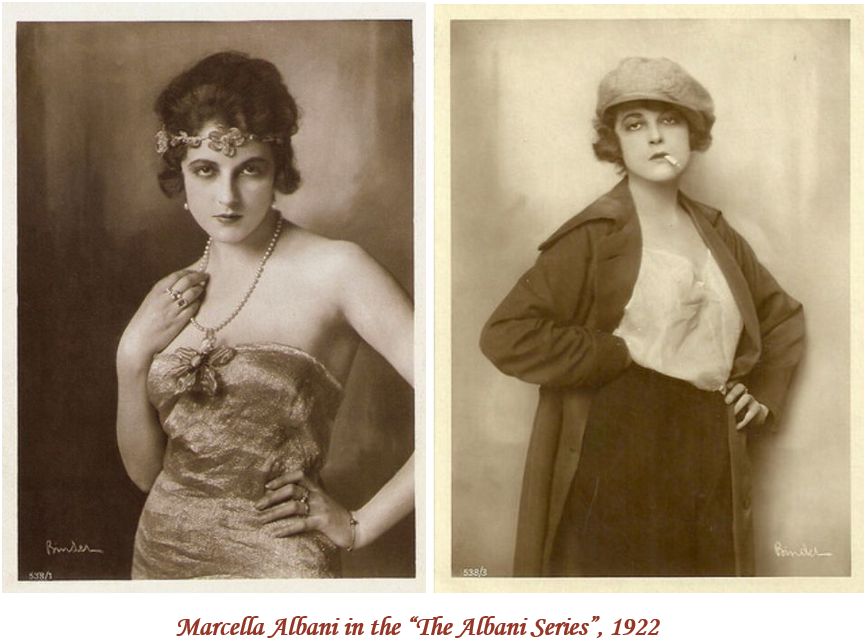