This melodrama is designed as a folk tale. The film tells the story of a wandering singer who falls in love with the daughter of a circus clown. They decide to elope and both become stars in a cabaret.

The remaining plot is known only in general – the man discovers that the woman is unfaithful and this causes him great pain, a dagger is drawn (probably by the man), there is remorse (probably by the woman), the couple reconciles and in a final and touching scene, the father turns up and forgives them both.

“… (the film) is obviously tailored for the aesthetic requirements of a naïve audience… will probably find undivided satisfaction amongst the audience circles it is intended for. The performance doesn’t quite offer anything outstanding… it is essentially satisfying… The direction of A. Ullmann could have extracted a better performance out of the talent that was available to him. The photography leaves much to be desired. The majority of the images are blurry. The incidental music is skillfully compiled by Bertrand Sänger and adapted from famous motives. The audience received the film with vivid applause”. Der Film 1919 (46), 16/11/1919

Rita Clermont – as the daughter / singer

Hans Albers – as the troubadour 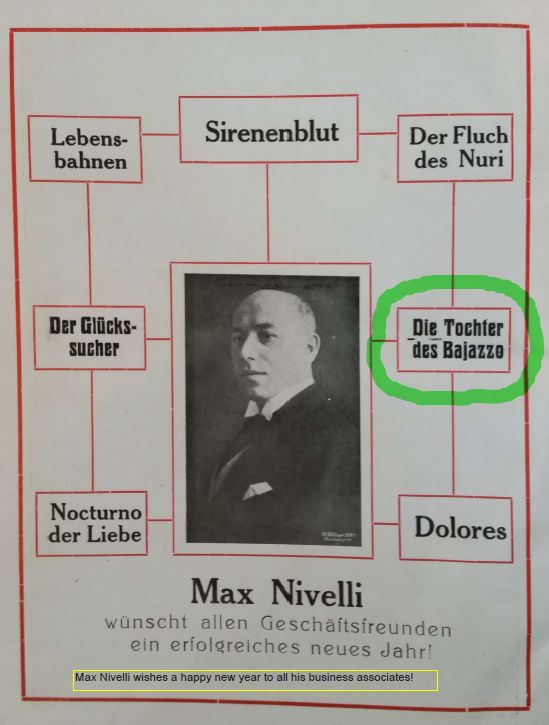