Producing films in an emerging industry

The Weimar years were marked by an unstable economic situation. This made it difficult for the smaller production companies, such as Nivelli’s, to function. Financing the production of a film was a risky enterprise and expensive productions occasionally led to bankruptcy. This was a highly volatile business. 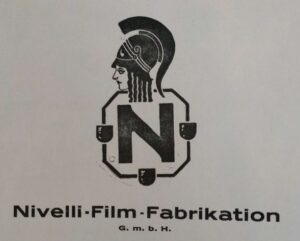 Film-Fabrikation”, then “Nivo-Film” and the last one, a year before he died, “Nivelli Film Max Nivelli & Co“. Within the framework of these companies, Nivelli produced 15 full-length feature films (i.e. a film which is more than 1,000 meters in length), and 4 short documentaries. The registration documents which were filed at the Chamber of Commerce in Berlin (Industrie und Handelskammer zu Berlin), reveal that he invested his own money as well as others, some of which were acting partners and some who were mere investors.

Out of the 15 feature films which he produced, as many as 8 were made within the first two years of entering the business, quite impressive by any measure. To minimize risk, he mostly enlisted well-established screenplay writers and directors, with whom he collaborated on more than one project. The film community of those years was a fairly close-knit group with the same names turning up repeatedly in producer-screenwriter or producer-director units. Such was his work with directors Joseph Delmont, Carl Boese and Guido Schamberg-Parish and screenplay writers like the team of Hans Brennert & Fridel Köhne. He was also constantly scouting for new stories and acquired the filming rights to numerous books and screenplays, such as the novel by the Austrian author Max Glass “Humanity Unleashed” (Die entfesselte Menschheit 1919) or the novel by German author Hedwig Courths-Mahler “The Quiet Pain” (Das Stille Weh 1919). The filming of some of the literary works which Nivelli had secured didn’t materialize, such as the script “Three White Devils – World Conscience” (Die 3 weissen Teufel – Das Weltgewissen) by Leo Koffler and the novella “Letter from an Unknown Woman” (Brief einer Unbekannten 1922) by Stefan Zweig.

The Weimar cinema industry was also looking to build the prestige of the new medium. Filmmakers came up with the idea to integrate the old with the new form of art, whereby the film cast would be a mixture of screen and stage actors. For that purpose, a system of contracts was established between the two professions. Nivelli made extensive use of this practice and many of his leading actors were well-known stage actors such as Alfred Abel and Leonhard Haskel from the “Berliner Theater”, Rosa Valetti and Hans Albers from “Residenz Theater” or Hella Thornegg from “Theater des Westens”. The affiliation of the stage actors to their respective theaters was boldly advertised in Nivelli’s film posters. The outcome was that the stage actors’ expertise and their willingness to explore the new craft, greatly enhanced the quality of the films. 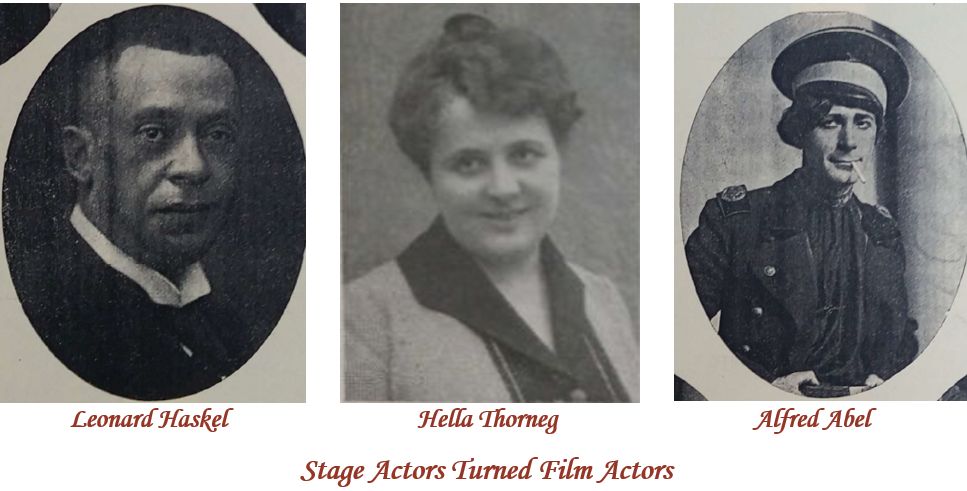